If the wicketkeeper is the captain, his role increases like that of Mahendra Singh Dhoni of India, he is the most successful captain and wicketkeeper-batsman in the world. But In this article, we will give you information about the top 10 best wicketkeepers in the world.

Sangakkara has 483 dismissals in 353 innings in his international career (2000–2015), making 383 catches and 99 stump-outs. he is the best to return for dismissals in an innings is four, a feat he achieved on three occasions, twice in 2003 and once in 2011. He is the second wicket-keeper batsman in the world after MS Dhoni to have 99 stumps out, it’s an average of 1.356 dismissals per innings.

Adam Gilchrist has 472 wicket-keeping dismissals in 281 innings in his international career (1996–2008). In which he has taken 417 catches and 55 stumps out. There are only two wicketkeepers in the world who have taken 400 catches behind the wicket, Mark Boucher (402) and Adam Gilchrist (417).

Mahendra Singh Dhoni is known worldwide today because he has made a distinct identity behind the wicket and as a captain in the cricket world. He is considered one of the most successful wicketkeeper batsmen in the world. It was under his captaincy that the Indian national team was named the 2011 ICC World Cup. He is considered the biggest finisher of limited-overs cricket. He is known for his good batting style, batting skill, and good batting average with wicket keeping.

Indian wicket-keeper Ms. Dhoni has played 444 dismissals in 345 innings in his international career (2004-2019), in which he has made 321 catches and 123 stumps. He has the brilliant wicket-keeping skills in the world. Mahendra Singh Dhoni is the only wicketkeeper in the world who has done more than 100 stumps. The record for fastest stump out is in Dhoni’s name. Dhoni stumps West Indies chemo Paul in 0.08 seconds. he is a Very Respected cricketer in the world.

In his international career (1998-2011), Mark Boucher has taken 424 hunts in 295 matches, making 402 catches and 22 stumps. Adam Boucher is the wicket-keeper for the most catches behind the wicket after Mark Boucher. He had the ability to take more catches than stump out.

Who is the No 1 wicket keeper in world?

Sri Lanka’s Kumar Sangakkara is currently the world’s No. 1 wicketkeeper. He has also played an important role in batting as well as wicket keeping for the country. No. 1 wicketkeeper Kumar Sangakkara made 483 dismissals in 353 innings in his international career (2000–2015) with 383 catches and 99 stump outs. He is the only batsman to score 4 consecutive centuries in the World Cup. Currently, he is playing his role as the coach of the Sri Lankan team.

Who is the best wicketkeeper of all time?

Kumar Sangakkara of Sri Lanka is the best wicketkeeper of all time. All-time best wicketkeeper Kumar Sangakkara made 483 dismissals in 353 innings in his international career (2000–2015), with 383 catches and 99 stumps out. Currently, he is playing his role as the coach of the Sri Lankan team. He is the second wicket-keeper batsman in the world after MS Dhoni (123) to have 99 stumps out.

Who is the best stumping in the world?

We hope you liked this article, our best wicketkeeper in the world. If you like this information of ours, then you should not forget to share it on social media. If you want more such information, then you must tell us by commenting

How to Create an Energy-Boosting Morning Routine

How to Dominate Local Search Engine Optimization for Your Business 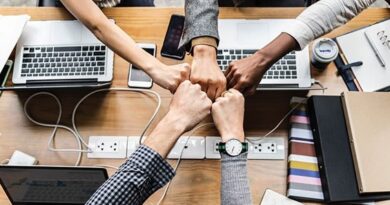 What Are The Three C’s Of Employee Engagement?