Doing Business via an Offshore Company is Legal

If you have similar ideas about offshore business, the propagandists from the so-called first-world countries have to be congratulated. They have achieved their goal, as they have distorted your perception of the offshore business world. Let us clarify what the essence of offshore countries really is and why they have such a poor image with the general public.

How did offshore zones come into existence? What is an offshore jurisdiction? Great Britain and the Netherlands, among other European countries, used to have a large number of colonies located on small islands in the Atlantic, Pacific, and Indian Oceans. These were referred to as ‘overseas territories’ of their respective ‘mother countries’. Thus, initially, the phrase ‘offshore zones’ was applied to those territories that were located off the shores of the colonial states capturing land in other parts of the world. Over the last decades or maybe over the last hundred years, these colonies have been turning into independent states.

Now think for a moment what hardships a newly independent country may face. It is only a small island (or a group of small islands) in the middle of the ocean and far away from the mainland. The ‘mother country’ has stopped providing subsidies. The resources are rather scarce. The climate is so nice, the sun shines around the year, the sea is so warm, and this doesn’t make the people inhabiting the islands very industrious. This is only natural: you don’t feel like working very hard when you don’t need any warm clothes and you can pick a fruit from a tree when you get hungry. You feel relaxed about living.

But these newly independent island states needed to attract some capital from abroad anyway. After all, schools and kindergartens have to be built, medical care has to be provided to the residents, and underprivileged groups of people have to have assistance. So the former colonies decided that they should offer some outstanding incentives to foreign entrepreneurs that would make them establish presence on the islands by setting up offshore companies. In this way, they would bring some investments to the countries.

How can a country make itself attractive for foreign investors? Evidently, it has to offer certain perks that are not to be found in the foreign businesspersons’ home countries. One of such perks is a favorable taxation system and this was the first important advantage that offshore jurisdictions offered to foreign entrepreneurs. Some of them levied low taxes on the companies registered on their territories while others levied zero taxes.

What is so good about low taxes from the point of view of the national state that levies them? The reason for charging foreign entrepreneurs little in taxes is quite clear, as a matter of fact. If the taxes are as high as they are in the foreign investor’s home country, he or she would have no desire to incorporate offshore and thus, bring no money to the offshore country at all. If the taxes are low, the foreign investor will want to register an offshore company and bring some money. Maybe not very much but some money anyway

What about the countries that levy zero corporate taxes? These can be found in several places even today. If you register a company in one of these countries, the income that you obtain from business operations outside the territory of the country where your company is registered is not taxed. This doesn’t mean, however, that you have to pay nothing at all to the national authorities of the offshore country. Why would they want you there if you didn’t bring any money? So, first of all, you will be taxed, and taxed heavily these days, on any profits that you make at home, that is, on the territory of the country where your company is domiciled. Second, there is an annual company registration fee, or an administration fee, or some other fixed fee that you as the company owner have to pay to the local Government.

The second attractive condition that offshore countries offered to foreign entrepreneurs was the opportunity to keep their company ownership and their business operations secret. Only a couple decades ago, you could have an offshore company without anybody knowing that you had it. You could perform business operations via this company without anybody knowing that you performed them.

Now that opportunity looked especially inviting to those who wanted to hide their capitals. Why would they want to hide them? Often because the money had been obtained in illegal or not-so-legal ways. Drug traffickers, corrupt politicians, and other criminals have been known to use offshore countries to launder their money. That’s how offshores got a bad reputation.

Things have changed completely these days, however. Confidentiality of company ownership information is not available any longer. Many offshore countries now have public registers of company owners. Those that have private registers will submit the information that they contain on an official request anyway. You can keep your business operations secret from your competitors if you register an offshore company, but you cannot keep it secret from the fiscal authorities. Due to the international efforts, using offshore companies to hide your capital, evade taxes, or launder money obtained from illegal sources has become totally impossible.

So, offshore business simply cannot be illegal! It has to be legal and comply with all the international business rules. If you have a negative attitude towards offshore business, we suggest that you should change your mind. An offshore company is a legal business instrument capable of bringing you several valuable advantages.

Hi, My name is Berry Mathew. I love traveling and exploring new places and I like to share my experience blogging gives me the same opportunity. I have been writing and exploring for years and continue for many more years. 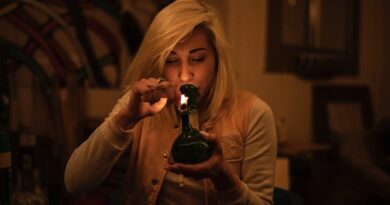 What Is A Bong Ash Catcher 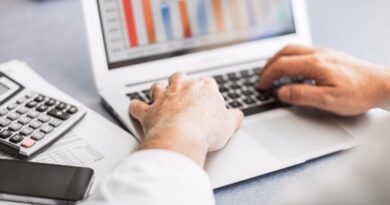 Why Should You Use Temporary IT Staffing?