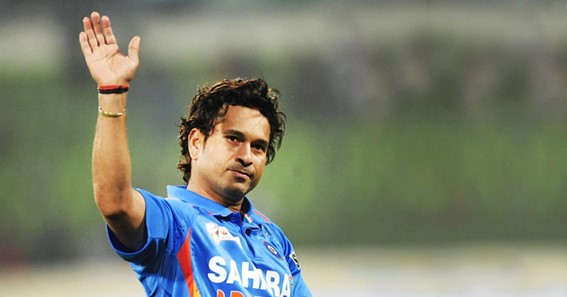 Hello friends, welcome to our Website; as you all may know, cricket has become the most popular sport in the world. Cricket is seen as a festival in India. The Indian Premier League to be held in India is the world’s most significant example. Behind this success is an important role played by fans of the Indian subcontinent. But today, we will talk about some different forms of cricket in which money comes first. We will know about the top 10 richest cricketers in the world in 2021 in this article.

Cricket is also a big industry in the world to make huge money. The Board of Control for Cricket in India (BCCI) is the richest cricket board in the world. Currently, cricketers are traded in the world’s major leagues, such as the Indian Premier League, Australia Big Bash League, and T20 Blast League. These cricketers earn from the cricket field, but big company brands also get associated with them, and you use these cricketers to promote the brand. All are hidden Sources of income for these cricketers.

God of cricket, Sachin Tendulkar comes the First Position in the list of richest cricketers. Sachin Tendulkar’s full name is Sachin Ramesh Tendulkar. He is the highest run-scorer globally with more than 34 thousand runs in all three formats, its unique record name for scoring 100 centuries in an international Career. He is considered one of cricket’s greatest players, and they have Masterclass Batting technique. Is the Wealthiest cricketer considered in cricket and a righteous character or a hero in the cricket world?

He is also the Chief Patron of the 4-time IPL Champion, Mumbai Indians. Sachin Tendulkar is the brand ambassador of MRF tires and supports many international brands such as Pepsi, Luminous, BMW, Canon, Philips, Britannia, coca-cola, Visa, Adidas, Castrol, etc. ICK appointed Tendulkar in 2001 through a deal of Rs 100 crore. . He was the only international cricketer to make 100 crore deals. Currently, Tendulkar has total assets of $ 170 million, 1090 crores in Indian Country rupees.

MS Dhoni is considered the most successful captain of the Indian National Team. MS Dhoni’s full name is Mahendra Singh Dhoni. He has made a distinct identity not only in captaincy but also in batting and wicket keeping. He is also a famous personality in the field of cricket games. Under MS Dhoni’s captaincy, the Indian team won the ICC T20 World Cup, ICC Champions Trophy, and the prestigious 2011 Cricket World Cup. He is known as a man of calm attitude in the field of sports.

MS Dhoni was the brand ambassador of Reebok for around 7-8 years. Dhoni is the captain and Wicket Keeper of the Chennai Super Kings team under a contract of 15 crores/year since the start of the IPL. Along he has also invested in football in the ISL team Chennaiyin FC. Dhoni has endorsed some famous brands such as Reebok, Red Bus, Sony Bravia, Leyes, Amrapali, Snickers, TVS Motors, Goaddi, Colgate, Orient, Gulf Oil, etc. MS Dhoni is the second wealthiest cricket Player in the list of 10 wealthiest cricketers with assets of more than $ 111 million.

Currently, Indian National team captain Virat Kohli is the best batsman in the world. Virat comes third in the list of batters scoring the most centuries. Virat Kohli is the only batsman and Indian Skipper to score the fastest 8,000, 9,000, 10,000,11,000, and 12,000 runs in ODIs. Kohli has made his mark not only in cricket but also in many places. You can guess that Virat Kohli charges $ 1 million ( 4 Crore) a day from any company for his shooting and his support.

According to BCCI, Virat is a Popular cricketer at Present Time. In 2015, Virat agreed to a five-crore contract with Audi India, and he was appointed as the brand ambassador for Uber in 2018. Virat also has its fashion brands Vragan and One8 (Puma Partnership). Virat Kohli supports select brands such as Pepsi, Hero Moto Corp, Colgate, Tissot, Valvoline, Google, TT Yumi, Manyavar, etc., and he also the co-owner of FC Goa, the ISL football team. The net worth of Virat is $ 92 Million (₹ 638 Crore).

Ricky Ponting is Australia’s most successful captain. Under his captaincy, he has won the World Cup twice in Australia. He has captained his team in the World Cup three times. He is considered an exceptional cricketer as he has scored more than 27000 runs in 560 international matches for Australia. His full name is Ricky Thomas Ponting, and he is a right-handed batsman. He retired from international cricket in 2012.

It is the best batsman in cricket history and a skilled bowler and fielder with a safety catch. Apart from cricket, it supports other big brands such as Valvoline, Adidas, Pura Dudh, Rexona, Kookaburra bats, and many more. He is currently the head coach of the IPL team Delhi Capital. He is known as a commentator for Channel 9, former Australia’s most successful captain Ricky Ponting with a net worth of $ 65 million.

Brian Lara holds Unbroken world records. He is the only batsman to score 400, not out in an innings of a Tests match against England in 2004. He is the first player to record the highest score in an innings in a Test cricket Game. Lara is a prolific Caribbean international cricketer, considered one of the greatest players for scored over 21,000 runs in 430 international matches in all time. His full name is Brian Charles Lara.

Brian Lara is ranked 5th on the list of wealthiest cricketers with assets of $ 60 million. Brian Lara was also inducted into the ICC Hall of Fame in 2012, and he is also the brand ambassador for India’s famous tire company MRF. Brian Lara has founded the Pearl and Bunty Lara Foundation, an organization that looks after social care problems.

Shane Warne is an Australian cricket commentator and former international cricketer. Shane Warne’s full name is Shane Keith Warne. He is known all over the world for a Spinner. He took a wicket in a match that ball was called the “ball of century.” Shane Keith Warne is recognized as a former captain of the Australian cricket team and a unique wicket-taking Successful bowler. He has invested a considerable part of his earnings in the Charity Foundation from time to time.

Shane Warne is regarded as the highest wicket-taker spin bowler in Australian cricket, and he played his role as the head coach of Rajasthan Royals in IPL. Shane Warne supports big international brands such as Victoria Bitter, Pepsi and McDonald’s, etc. In 2014, he led his team to the inaugural season of the IPL. His net worth is around $ 50 million, which is 346 crores in Indian rupees.

Jacques Kallis’s full name is Jacques Henry Kallis, and he was born on 16 October 1975 in Cape Town, Western Cape, South Africa. He has been a former South African cricketer and cricket coach. He used to play as an all-rounder for his team, and he has taken 577 wickets in 519 international matches and has scored more than 25 thousand runs. He has played in the IPL for both Kolkata Knight Riders and Royal Challengers Bangalore.

Jacques Kallis retired from international cricket in 2014. The time was 2017 when he was made the brand ambassador of Advanced Hair Studio India. His batting was well-liked in international cricket. You can guess that his name is among the four batsmen in history who have scored centuries in five consecutive matches. According to Forbes, his current total assets of $ 48 million (net 339 million).

Virender Sehwag is a former India cricketer and opener. He is also known as “Veeru” They are initially from Delhi. He is widely regarded as one of the destructive and fearless cricket batsmen. He was also the captain of the Delhi Daredevils team in the IPL. His name holds a relatively unbroken world record. He is the first cricket batsman to score the fastest triple century.

He has so far played for two teams Delhi Daredevils and Kings XI Punjab, in the IPL. He is currently working as a commentator for Star India. He is the highest run-scorer in a Test. Veeru supports some international brands such as Reebok, Samsung, Boost, Adidas, etc. He was the brand ambassador of Hero Honda for a long time. He currently has a net worth of $ 40 million (INR 277 crore)

You will all know Yuvraj Singh. he is the same player who hit six sixes in 6 balls of 1 over. He plays for the Indian team as an all-rounder. His cricket fans call him “Yuvi.” He was declared man of the tournament due to his incredible performance in the 2011 World Cup. Yuvraj gained immense popularity during the match against England when he hit six sixes in six balls against the bowling of Stuart Broad.

During the World Cup, he finds out that he has cancer. He then took a long break from cricket and went abroad for treatment. He returned after treatment and started playing cricket. He started a foundation called “YouWeCan,” which supports the cancer treatment of patients. She has also started her fashion clothing label YWC, which was quite successful. He currently has total assets of $ 35 million ($ 245 million)

Shane Watson is considered an Australian cricketer and most aggressive batsman, and he has batted for the Chennai Super Kings team in the IPL. Shane Watson recently retired from international cricket in 2020. He scored more than 10,000 runs in 307 matches in international cricket for Australia. These are known as hitting big sixes while batting. Recently, Shane Watson announced his retirement from the Sydney Sixers, the BPL team. He has often won many IPL matches on his own to the CSK team.

He has been named among Australia’s best players, with Watson being the most expensive player in the 2016 IPL auction. IPL team Royal Challengers Bangalore included Shane Watson in their team for 9.5 crores. Currently, Shane Watson has retired from international cricket, but he still plays in the T20 article. Shane Watson currently has a network of $ 30 million (W 210 million).

Who is Richest Cricketer in the World 2021?

God of Cricket, Sachin Tendulkar, is the richest cricketer in the world in 2021. He has a unique record name for scoring 100 centuries in all formats. Sachin Tendulkar is the brand ambassador of MRF tires and supports many international brands such as Pepsi, Luminous, BMW, Canon, Philips, Britannia, Visa, Adidas, Castrol, etc. He was the only international cricketer to make ₹100-crore deals. Currently, Tendulkar has total assets of $ 170 million, which is 1090 crores in Indian rupees.

Who is Richer Anushka or Virat?

Who is more Rich Kohli or Dhoni?

Who is the richest cricketer in India 2020?

Sachin Tendulkar is currently India’s richest cricketer. They are called the God of Cricket. His name is a record name for 100 centuries in cricket. Sachin Tendulkar is the brand ambassador of MRF tires and supports many international brands such as Pepsi, Luminous, BMW, Canon, Philips, Britannia, Visa, Adidas, Castrol, etc. Currently, Sachin Tendulkar has a net worth of 170 Million Dollars (₹ 1090 Crore).

Is Kohli a Billionaire? 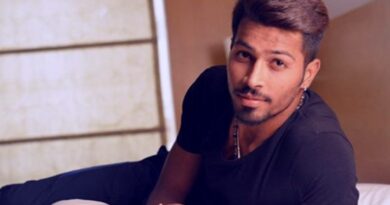 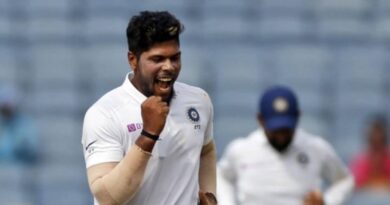 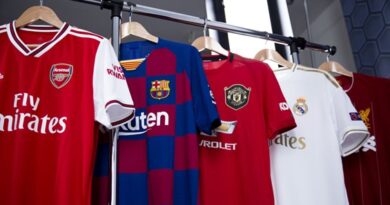