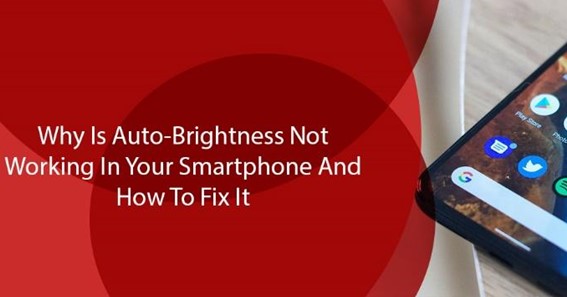 Has your phone finally been given away because it’s an older model? Is your phone brightness inconsistently fluctuating between high and low? Or are you just annoyed because you constantly have to manually set the brightness feature again and again? Irrespective of what issue you are facing, malfunctioning phone brightness is a bothersome issue and needs to be resolved quickly.

Otherwise, it can get irksome and ultimately harm the smartphone with permanent damage. Here are some ways through which users can fix the auto-brightness feature in their smartphones:

Do a Basic Check And Adjust Phone Settings Accordingly

For users, who are constantly having issues with the brightness feature in their smartphone, this is easy to adjust. Simply go to Settings, click on Display, and check the level of brightness. Some smartphones have the auto-brightness aspect labeled differently, such as Auto-Adjust, Auto-Dim, Adaptive Brightness feature, or even Automatic Brightness. Check if the feature is enabled on the phone. If so, then disable it.

On the other hand, also check if the battery-saving mode is switched on in the smartphone. This is another feature, which also affects the brightness aspect of a cellphone, ultimately causing problems in the device. Users can go to settings and make the new changes or simply wait for the low battery to occur, because that’s when the phone has a message, asking to turn on battery-saving mode. Either way, it’s really up to the user to make the necessary adjustments. Although these are quite basic, these should do the trick.

Restart the Device to Reset the System

One of the most common ways to resolve any issues on the smartphone is by restarting the device. This is considered basic first-aid for most electronic devices, including smartphones. Restarting the smartphone can resolve most device-related and even software issues. If restarting phones does not improve the condition, then the user should remove the battery from the smartphone, wait for a good ten minutes, and place it back in the phone again. Turn on the phone to check if the brightness issue is resolved or not.

The surge in mobile app development allowed developers to create apps that suit their fancy, which is why the App Store in IOS and the Play Store in Android are bursting with all kinds of apps. Users will find that there are mobile apps that can even resolve an issue as simple as their phone brightness’ problem.

One app that is popular for getting the job done is Lux Lite. Specially designed for Android devices, this app facilitates the user with additional brightness-related options, not even found in the built-in setting option of the Android device. Simply connect your phone to Wave Internet, download the Lux Lite app now, and explore the variety of options available in the app.

Use Some Basic Troubleshooting Techniques to Resolve Recurring Brightness Problems

Many times, the user has tried everything and has miserably failed! In that case, if none of the above-mentioned methods work, then the issue is more technical and is likely a hardware concern. Check the warranty of the smartphone and then send it for repair. This is especially important for those users, who may not be familiar with in-phone tech, so instead of resolving the problem on their own, they need to send it back to the manufacturer for a proper patch-up. Chances are the smartphone may require installation of new parts such as replacing the display screen, which could improve the phone brightness issue.

For users, who are more of the handy kind and want to do everything on their own, they can simply google ‘Screen Replacement+ specify the phone model+ mention issue ’, watch the video, and fix the smartphone this way. Another way of fixing the display screen of the phone is by using the iFixit Pro Tech Toolkit, which is a professional repair set and is another way to fix phone issues quickly.

A Blessing in Disguise

Although constantly adjusting the screen brightness issue may infuriate the end-user, since people are always on their cell phones and never give a rest to their eyes, a small issue can sometimes be a blessing in disguise. So even if the phone is having some problems, send it to repair, so that your eyes can relax as well. Even if users actively try to limit their screen time, the world is full of screens, so it’s almost impossible to live without staring at one.

Fluctuating phone brightness can be quite annoying. To fix this issue immediately, it’s better to send it technical assistance, who may better be able to judge whether it’s a software problem or a hardware one. To find a proper repair store, check online in a close-by area. Even following some of the above-mentioned suggestions can help a user sort out their phone issues. See if you can reach out to some expert as well if nothing works. Just be sure your internet is performing at its best. BuyTVInternetPhone is a website containing some of the best internet plans, in case you are looking for a good ISP. 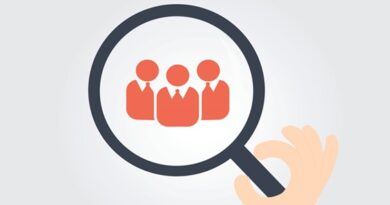 What Is Behavioral Targeting? [The Only Guide You Need] 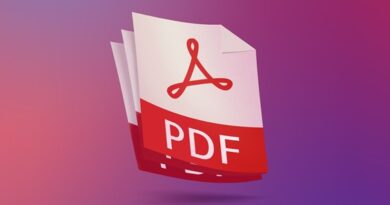 Best Open-source Alternatives to Adobe Acrobat for PDFs in 2022

General recommendations In philosophy as a subject there are no significant differences between an essay and a report, both in

A Prayer for Strength: Asking for Help in Hard Times

How to Have Fun with Zorb Balls- The Ultimate Guide

The Ultimate King Bed Guide: Everything You Need To Know Before Buying

General recommendations In philosophy as a subject there are no significant differences between an essay and a report, both in

Important Elements of an Online Course

The importance of learning basic communication skills as a student?